Skip to content
A Right-Leaning Language by John Weeren

Much attention has been paid of late to bias, implicit and otherwise, and how it manifests itself linguistically. The indiscriminate use of gender-specific pronouns, the prevalence of androcentric terms, such as man-made, and the perpetuation of negative stereotypes through injudicious word choices have been widely criticized, but there is one ingrained linguistic prejudice that generally passes without comment. And that is the disparagement of left-handedness. 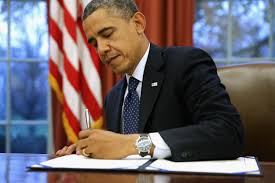 Lefties constitute a small percentage of the world’s population – some 10% – and if English and other languages are any guide, this trait has long been viewed unfavorably. For starters, right-handedness reaps the benefit of “right’s” dual meaning, namely, a direction or position and, in the words of The American Heritage Dictionary, “that which is just, moral, or proper.” To be right is to be correct, and we do not say “Left on!” when affirming others. Conversely, the past tense of leave yields “left out,” “left behind,” and “left over,” none of which is particularly encouraging.

But lefties must also contend with words that explicitly associate their form of handedness with negative qualities. “Sinister,” with its suggestion of menace and misfortune, also means, to quote the Oxford English Dictionary, “situated on the left side of the body,” “lying on or towards the left hand,” and, albeit rarely, “relating to the use of the left hand.” And in heraldry, the “baton sinister” on coats of arms can indicate illegitimacy or, in the words of the OED, “the badge of bastardy.”

“Gauche” and “awkward,” denoting a lack of finesse if not downright clumsiness, include the left hand in their etymologies, and “maladroit” and “undextrous” establish an unflattering contrast with right-handedness, given that “droite” and “dexter” can refer to the right hand. Merriam-Webster suggests that all of this can be traced to the fact that “left-handed people could appear awkward trying to manage in a right-handed world – or perhaps because right-handed people appear awkward when they try to use their left hand.”

Whatever the case, the next time you pay a “left-handed compliment” or suggest that someone has “two left feet,” think about the larger implications of these phrases in a world defined by “Mr. Right.”