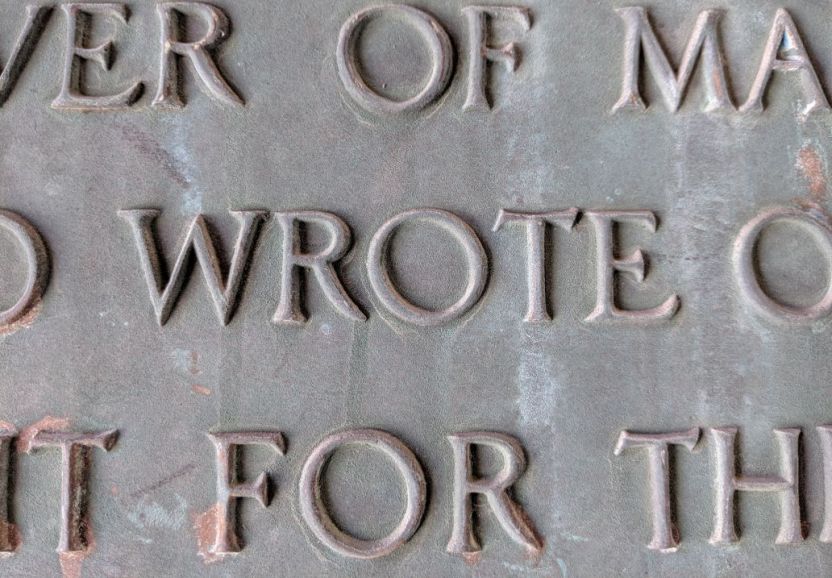 Word of the Week

According to Oxford Dictionaries, “there are, at the very least, a quarter of a million distinct English words . . . . If distinct senses were counted, the total would probably approach three quarters of a million.” This is a much richer trove than the Germanic and Romance languages can muster. English derives its vocabulary from both families, as in “freedom” (Germanic) and “liberty” (Romance), and, to this day, is quick to incorporate words from other languages, as in “glasnost” (Russian). Of course, we only use a fraction of the words available to us, but it is never too late to add a few, enhancing our ability to describe the intangible and observable alike.

To this end, Princeton Writes will feature an underutilized word each week, drawn from The Oxford English Dictionary. Find an opportunity to use it, making it an active part of your vocabulary and, potentially, part of your readers’ lexicons as well. Suggestions are always welcome; just send them to pwrites@princeton.edu.

Word of the Week: jackanapes (JĂK-ə-nāps)

Word of the Week: chauvinism (SHŌ-və-nĭz-əm)

Word of the Week: confluence (KŎN-flōō-əns)

Word of the Week: insouciant (ĭn-SŌŌ-sē-ənt)