Skip to content
Pardon My French by John Weeren

The Norman conquest of England in 1066 ensured that French would profoundly influence the evolution of the English language. Nearly 30 percent of our vocabulary has been estimated to derive from French, including a host of true cognates — words with the same spelling and meaning in both languages — ranging from “question” and “danger” to “festival” and “date.” 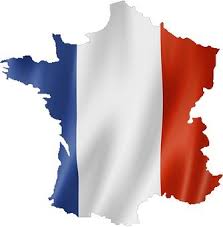 In their delightful book, Say Chic: A Collection of French Words We Can’t Live Without, Françoise Blanchard and Jeremy Leven assemble more than 70 words and phrases that have crossed the English Channel and Atlantic Ocean, enriching our vocabulary. Here are just a few:

“First recorded in the late eighteenth century in English, chaise lounge seems to have derived from a spelling mistake when it was borrowed from the French, who actually spell it chaise longue (literally, “long chair”). The piece of furniture it describes is, however, the same reclining chair used for resting and “lounging” that can often be found around swimming pools or decks, though one would be hard-pressed to find such a chaise in a lounge.”

“Literally translated as “black (or dark) film,” the term was first coined in the 1950s by the movie critics of Les Cahiers du Cinéma, a French magazine dedicated to the art of filmmaking, of which François Truffaut, not yet a director, was one of the editors. The emergence of the film noir genre took place in the historical context of World War II and is best characterized by the American cinema of the 1940s and 1950s. Hollywood then produced many dark and realistic dramas with plots often involving crime or intrigue. The main characters of a film noir are typically ambiguous and tormented, and their particular affliction contributes to creating the gloomy atmosphere distinctive of this peculiar genre.”

“The shepherds of the Limousin province, to protect themselves from the elements, used to wear a heavy, hooded cloak called a limousine, which they brought along with them when they headed to Paris to find work in the nineteenth century. The first car to inherit the name was a six-seat vehicle in which the driver was — for the first time — protected from the rain by a hood and window. Indeed, all motorized cars had been designed and manufactured according to the same pattern as fiacres (horse-drawn carriages), in which the driver was seated outside, conducting the horses, separated from the passengers in the coach. Limousine chauffeurs had no need to wear long coats for their vehicle was now provided with a hood overhead. In the early twentieth century, the limousine — also known as a limo — took on its current meaning of luxurious and spacious automobile driven by a chauffeur. Of course, the Americans and British have now done the French one better by upgrading the concept, inventing the stretch-limousine, something which must seem quite curious to the traditionally small shepherds of the Limousin.”

“The French acquired the word from the Italian mostaccio back in the fifteenth century, which itself derived from the Greek mustaki, and the old Greek mustax, used to describe the upper lip. The word voyaged to Italy via Venice, before entering France thanks to the campaign of Charles VIII. Also spelled mustache in English, moustache is now used in reference to the beard (and sometimes, to the milk) that appears above the lips. For a long time, men have put a great deal of thought and care into the maintenance of their moustache, following strict rules set by fashion trends, which demanded the hairy ornament to be either curled, trimmed, bushy, or shaved, depending on the epoch. Once Clemenceau left us, the trend largely disappeared in France.”

“In French and English since the 1500s, panache originally comes from the Italian pennacchio (“tuft of feathers”), which, itself, comes from the Latin penna, “feather.” In ancient times, the dash of those blessed with a certain panache was depicted by a colorful plume worn as an ornament on a knight’s helmet or a nobleman’s hat. Today, in both French and English, the word is used figuratively to describe behavior with special flamboyance and pizzazz, often accompanied by a certain elegance. The French are especially adept at this, while the English claim to have improved upon the French version. In any event, acting with panache has become a feather in both their caps.”

“Risqué is the past participle of the verb risquer, meaning “to risk.” While the French use risqué as an adjective to describe a potentially dangerous situation (as in “risky”), the English have been using it since the mid-nineteenth century in reference to some daring or inappropriate lyrics, comments, story, film, and so on, suggestive of sexual indecency. While the French word has no sexual connotation whatsoever since, apparently, the French see little risk in being risqué, one can only wonder what dangers the English saw looming ahead, and what career Tom Cruise might have launched had he starred in a film entitled Risqué Business.”