Skip to content
Book of the Month: A Promised Land by Barack Obama (2020)

Book of the Month: A Promised Land by Barack Obama (2020)

“Barack Obama is as fine a writer as they come. It is not merely that this book avoids being ponderous, as might be expected, even forgiven, of a hefty memoir, but that it is nearly always pleasurable to read, sentence by sentence, the prose gorgeous in places, the detail granular and vivid. From Southeast Asia to a forgotten school in South Carolina, he evokes the sense of place with a light but sure hand.”

“Our first spring in the White House arrived early. As the weather warmed, the South Lawn became almost like a private park to explore. There were acres of lush grass ringed by massive, shady oaks and elms and a tiny pond tucked behind the hedges, with the handprints of Presidential children and grandchildren pressed into the paved pathway that led to it. There were nooks and crannies for games of tag and hide-and-go-seek, and there was even a bit of wildlife—not just squirrels and rabbits but a red-tailed hawk and a slender, long-legged fox that occasionally got bold enough to wander down the colonnade.

Cooped up as we’d been through the winter of 2009, we took full advantage of the new back yard. We had a swing set installed for Sasha and Malia directly in front of the Oval Office. Looking up from a late-afternoon meeting on this or that crisis, I might glimpse the girls playing outside, their faces set in bliss as they soared high on the swings.

But, of all the pleasures that first year in the White House would deliver, none quite compared to the mid-April arrival of Bo, a huggable, four-legged black bundle of fur, with a snowy-white chest and front paws. Malia and Sasha, who’d been lobbying for a puppy since before the campaign, squealed with delight upon seeing him for the first time, letting him lick their ears and faces as the three of them rolled around on the floor.” 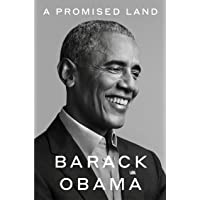 “The quest for some form of universal health care in the United States dates back to 1912, when Theodore Roosevelt, who had previously served nearly eight years as a Republican President, decided to run again—this time on a progressive ticket and with a platform that called for the establishment of a centralized national health service. At the time, few people had or felt the need for private health insurance. Most Americans paid their doctors visit by visit, but the field of medicine was quickly growing more sophisticated, and as more diagnostic tests and surgeries became available the attendant costs began to rise, tying health more obviously to wealth. Both the United Kingdom and Germany had addressed similar issues by instituting national health-insurance systems, and other European nations would eventually follow suit. Although Roosevelt ultimately lost the 1912 election, his party’s progressive ideals planted a seed: accessible and affordable medical care might one day be viewed as a right more than a privilege. It wasn’t long, however, before doctors and Southern politicians vocally opposed any type of government involvement in health care, branding it as a form of Bolshevism.”