Skip to content
Book of the Month: Wolf Hall by Hillary Mantel (2009)

“Cromwell is the picaresque hero of the novel — tolerant, passionate, intellectually inquisitive, humane. We follow his winding quest in vivid present-tense flashbacks, drawn up from his own prodigious memory: how he left home before he was 15, escaping the boot of his abusive father, a brewer and blacksmith who beat him as if he were ‘a sheet of metal’; how he dreamed of becoming a soldier and went to France because ‘France is where they have wars.’ Cromwell learns banking in Florence, trading in Antwerp. He marries, has children and watches helplessly as the plague decimates his family.

“Thomas Cromwell remains a controversial and mysterious figure. Mantel has filled in the blanks plausibly, brilliantly. ‘Wolf Hall’ has epic scale but lyric texture. Its 500-plus pages turn quickly, winged and falconlike. Trained in the law, Mantel can see the understated heroism in the skilled administrator’s day-to-day decisions in service of a well-ordered civil society — not of a medieval fief based on war and not, heaven help us, a utopia. ‘When you are writing laws you are testing words to find their utmost power,’ Cromwell reflects. ‘Like spells, they have to make things happen in the real world, and like spells, they only work if people believe in them.’ Hilary Mantel’s ‘Wolf Hall’ is both spellbinding and believable.

Felled, dazed, silent, he has fallen; knocked full length on the cobbles of the yard. His head turns sideways; his eyes are turned towards the gate, as if someone might arrive to help him out. One blow, properly placed, could kill him now.

Blood from the gash on his head – which was his father’s first effort – is trickling across his face. Add to this, his left eye is blinded; but if he squints sideways, with his right eye he can see that the stitching of his father’s boot is unravelling. The twine has sprung clear of the leather, and a hard knot in it has caught his eyebrow and opened another cut.

“So now get up!” Walter is roaring down at him, working out where to kick him next. He lifts his head an inch or two, and moves forward, on his belly, trying to do it without exposing his hands, on which Walter enjoys stamping. “What are you, an eel?” his parent asks. He trots backwards, gathers pace, and aims another kick.

It knocks the last breath out of him; he thinks it may be his last. His forehead returns to the ground; he lies waiting, for Walter to jump on him. The dog, Bella, is barking, shut away in an outhouse. I’ll miss my dog, he thinks. The yard smells of beer and blood. Someone is shouting, down on the riverbank. Nothing hurts, or perhaps it’s that everything hurts, because there is no separate pain that he can pick out. But the cold strikes him, just in one place: just through his cheekbone as it rests on the cobbles.” 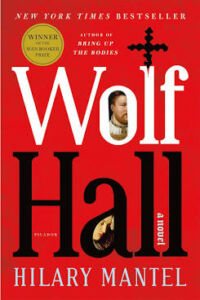 The next thing he knows, it is almost noon, and he is propped in the doorway of Pegasus the Flying Horse. His sister Kat is coming from the kitchen with a rack of hot pies in her hands. When she sees him she almost drops them. Her mouth opens in astonishment. “Look at you!”

She bawls for her husband: “Morgan Williams!” She rotates on the spot, eyes wild, face flushed from the oven’s heat. “Take this tray, body of God, where are you all?”

He is shivering from head to foot, exactly like Bella did when she fell off the boat that time.

A girl runs in. “The master’s gone to town.”

“I know that, fool.” The sight of her brother had panicked the knowledge out of her. She thrusts the tray at the girl. “If you leave them where the cats can get at them, I’ll box your ears till you see stars.” Her hands empty, she clasps them for a moment in violent prayer. “Fighting again, or was it your father?”

Yes, he says, vigorously nodding, making his nose drop gouts of blood: yes, he indicates himself, as if to say, Walter was here. Kat calls for a basin, for water, for water in a basin, for a cloth, for the devil to rise up, right now, and take away Walter his servant. “Sit down before you fall down.” He tries to explain that he has just got up. Out of the yard. It could be an hour ago, it could even be a day, and for all he knows, today might be tomorrow; except that if he had lain there for a day, surely either Walter would have come and killed him, for being in the way, or his wounds would have clotted a bit, and by now he would be hurting all over and almost too stiff to move; from deep experience of Walter’s fists and boots, he knows that the second day can be worse than the first. “Sit. Don’t talk,” Kat says.

When the basin comes, she stands over him and works away, dabbing at his closed eye, working in small circles round and round at his hairline. Her breathing is ragged and her free hand rests on his shoulder. She swears under her breath, and sometimes she cries, and rubs the back of his neck, whispering, “There, hush, there,” as if it were he who were crying, though he isn’t. He feels as if he is floating, and she is weighting him to earth; he would like to put his arms around her and his face in her apron, and rest there listening to her heartbeat. But he doesn’t want to mess her up, get blood all down the front of her.”