Book of the Month:The Friend by Sigrid Nunez (2018)

“And yet despite her acid critique of writers and their discontents, or perhaps because of her dead-on depiction, Nunez has won over the literary world with ‘The Friend.’ The novel, an acerbic but often poignant exploration of love, friendship, death, grief, art and literature, received this year’s National Book Award for fiction and drew euphoric reviews from critics, who hailed it as a subtle, unassuming masterpiece. (Writing in The Times, Dwight Garner called Nunez ‘a crisply philosophical and undervalued novelist.’)

“The rapturous reception has stunned Nunez, 67, who has been quietly writing and publishing books for the past 23 years.”

“During the 1980s, in California, a large number of Cambodian women went to their doctors with the same complaint: they could not see. The women were all war refugees. Before fleeing their homeland, they had witnessed the atrocities for which the Khmer Rouge, which had been in power from 1975 to 1979, was well known. Many of the women had been raped or tortured or otherwise brutalized. Most had seen family members murdered in front of them. One woman, who never again saw her husband and three children after soldiers came and took them away, said that she had lost her sight after having cried every day for four years. She was not the only one who appeared to have cried herself blind. Others suffered from blurred or partial vision, their eyes troubled by shadows and pains.

“The doctors who examined the women—about a hundred and fifty in all—found that their eyes were normal. Further tests showed that their brains were normal as well. If the women were telling the truth—and there were some who doubted this, who thought the women might be malingering because they wanted attention or were hoping to collect disability—the only explanation was psychosomatic blindness.

“In other words, the women’s minds, forced to take in so much horror and unable to take more, had managed to turn out the lights.
“This was the last thing you and I talked about while you were still alive. After, only your email with a list of books you thought might be helpful to me in my research. And, because it was the season, best wishes for the new year.

“There were two errors in your obituary. The date you moved from London to New York: off by one year. Misspelling of the maiden name of Wife One. Small errors, which were later corrected, but which we all knew would have annoyed the hell out of you.” 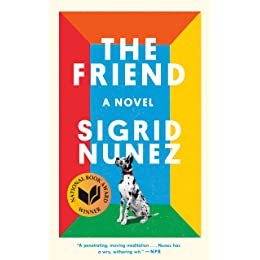 “Where were you going? Nowhere in particular. No errand, no appointment. Just strolling along, hands in pockets, savoring the street. It was your thing. If I can’t walk, I can’t write. You would work in the morning, and at a certain point, which always came, when it seemed you were incapable of writing a simple sentence, you would go out and walk for miles. Cursed were the days when bad weather prevented this (which rarely happened, though, because you didn’t mind cold or rain, only a real storm could thwart you). When you came back you would sit down again to work, trying to hold on to the rhythm that had been established while walking. And the better you succeeded at that, the better the writing.

“Because it’s all about the rhythm, you said. Good sentences start with a beat.

“You posted an essay, ‘How to Be a Flâneur,’ on the custom of urban strolling and loitering and its place in literary culture. You caught some flak for questioning whether there could really be such a thing as a flâneuse. You didn’t think it was possible for a woman to wander the streets in the same spirit and manner as a man. A female pedestrian was subject to constant disruptions: stares, comments, catcalls, gropes. A woman was raised to be always on guard: Was this guy walking too close? Was that guy following her? How, then, could she ever relax enough to experience the loss of sense of self, the joy of pure being that was the ideal of true flânerie?”