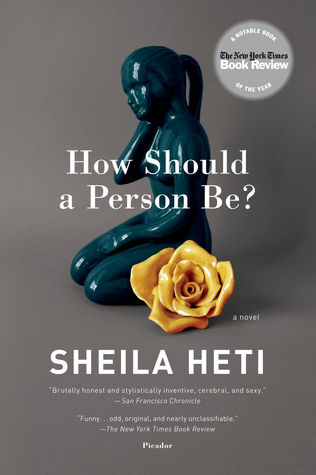 This past fall semester, I took a course called The Novel Since 2000, and one of the books we read was Sheila Heti’s How Should a Person Be? I even gave a presentation on Heti’s novel about the role of autofiction, and just a few short months later, I found out that she was coming to campus! While a seemingly odd coincidence, these tend to happen quite often at Princeton thanks to the Princeton Creative Writing Department’s efforts: the Althea Ward Clark W’21 Reading Series and the C.K. Williams Reading Series.

As this is the 80th anniversary of Princeton’s Program in Creative Writing, the department has a lineup of acclaimed authors set to give readings and talks on campus. On February 12, 2020, Sheila Heti and Joy Harjo gave readings of their most recent work in the Drapkin Studio of the Lewis Arts complex. Free and open to the public, the event attracted a large crowd of students, alumni, professors and members of the Princeton community and beyond.

Michael Dickman, an award-winning poet and lecturer in Creative Writing at Princeton, introduced Sheila Heti. Heti is the author of eight books of fiction and non-fiction, including the novels Ticknor, Motherhood, and How Should a Person Be? and the story collection, The Middle Stories. She was named one of “The New Vanguard” by The New York Times book critics; a list of fifteen women writers from around the world who are “shaping the way we read and write fiction in the 21st century.” Her most recent novel, Motherhood, was chosen by the book critics at the New York Times as one of their top books of 2018, and New York magazine chose it as their top book of the year.

Heti read an excerpt from her most upcoming novel, likely to be published in March 2020. Pure Color, which Heti warned might have a different title by the time we see it in print, covers a broad range of subjects through the explorative genre of fiction. Heti strategically uses repetition in her writing to really push forward an idea and emphasize a certain rhythm and flow. The way that Heti incorporates descriptive language is remarkable, but she surely doesn’t do all of the work for readers. She leaves plenty of room for us to make what we want out of the novel, to challenge ourselves and our preconceived notions and beliefs, and to understand a new world that she brings to life on the page.

When Heti was asked the question: “What is it like to get started on something and how do you know that you’re going to keep going?”, the audience got to hear more about her creative process. Heti explained that she’ll only continue writing when it’s something that she truly cares about. Since her process differs slightly from book to book, Heti focused on Motherhood, in which she started with a question, a struggle about motherhood that hasn’t really been written down yet. What is gained and what is lost when a woman becomes a mother? Do all women have to want to be a mother? With these questions in mind, Heti wanted to “give something to people who were having the same thoughts,” which resulted in a courageous novel.

Heti even touched on the purpose of criticism and some critics’ claims that Motherhood is about something that Heti doesn’t believe in or stand for. So with her next novel, she joked that she’s going to write a “book that you can’t say what it’s about.” But Heti was onto something here when she asked why we criticize in the first place. She asks,“What’s the purpose of that?” I’m excited to read the rest of Heti’s next masterpiece, having heard more about her perspective and creative process.

Tracy K. Smith, former U.S. Poet Laureate, author of the memoir Ordinary Light and four books of poetry, as well as the recipient of the 2012 Pulitzer Prize, introduced Joy Harjo. As the Chair of the Lewis Center for the Arts and the Roger S. Berlind ‘52 Professor of the Humanities and a Professor of Creative Writing at Princeton, Smith excited the crowd as she gave a heartfelt, beautifully-written introduction to Harjo.

Joy Harjo ,of the Muscogee (Creek) Nation, is an internationally renowned performer and writer and was named the 23rd Poet Laureate of 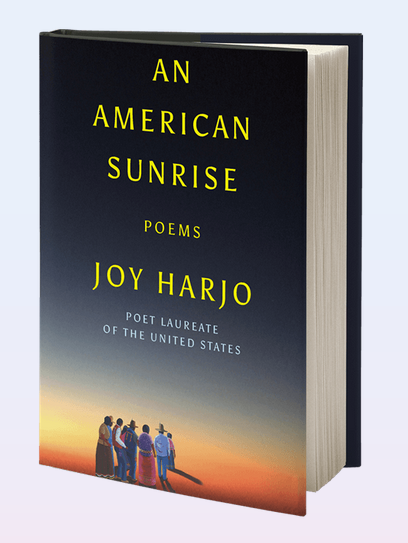 the United States in 2019. The author of nine books of poetry, several plays and children’s books, and a memoir, Crazy Brave, Harjo is also a chancellor of the Academy of American Poets and a founding board member of the Native Arts and Cultures Foundation. Harjo is the first Native American Poet Laureate of the United States.

Harjo talked a bit about why poetry matters and what poetry can accomplish. She expressed the way in which poetry helps us find meaning, how poetry is unbound by time, and poetry’s ability to “[carry] grief, heartache, ecstasy, celebration and despair more directly than any other art form.” Poetry is a way “for humans to know who they are and who they are becoming,” explained Harjo. Defying isolation and emphasizing human connection, Harjo’s writing is of “hope and possibility; disruption and creation.”

Harjo read from her latest collection, An American Sunrise, informed by her tribal history and connection to the land, as well as excerpts from her memoir. “Every poem, story, mathematical equation has ancestors…poetry can carry history, even conflicting history, in a way that nothing else can,” Harjo said. Her poems echo just that as she returns to her family’s lands and opens a dialogue with history. Harjo admitted that sometimes she questions what our role is on this planet as humans. “What do we contribute to the biosystem?” she says. But Harjo argues that our contribution is to create: “we’re story gatherers, we make stories.”

Harjo read“The Life of Beauty”, a new poem. The New York Times posed the question: “Why is beauty important to us?”Harjo responded with a beautiful poem that describes beauty in a whole new way. She joked that her poem uses all of the words she was told not to use in poetry workshops. This rang true. Even in the course I’m taking now, Creative Writing (Poetry), we made a list of “banned” words, many of which Harjo used. But the banned words can be used, if used in an interesting, complex context, and Harjo does just that as she combines rhythm, sound and figurative language into a poem that redefines the way we think about the meaning of beauty.

Next up in the Althea Ward Clark W’21 Reading Series is award-winning poet Mei-Mei Berssenbrugge and National Book Award-winning fiction writer Yoko Tawada. Princeton is fortunate to have these writers on campus so we can learn more about writing from some of the best, gain inspiration for our own writing, and broaden our perspective of the literary community outside of Princeton.