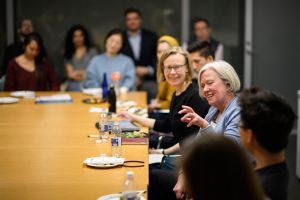 The “Tell Me More: Humanizing Our Research” dinner conversation series kicked off on January 15 with a rousing call from Shirley Tilghman, President Emerita and Professor of Molecular Biology and Public Affairs, to “Share the Wonder of What We Do.” Arguing that “science is under assault right now,” she invited the graduate student audience into a robust discussion of how best to manage the “responsibility to articulate your research” to an increasing, and increasingly heterogeneous, number of publics. “Making the case for what we do,” she emphasized, “is immensely important,” so “don’t give up the idea that you want to tell a story!” In our follow-up conversation, President Tilghman elaborated her view that “the public perception of higher education is coming under attack from both the left and the right, and that’s unusual.” From the right, she explained, “we’re being accused of being bastions of liberal orthodoxy [which] is a criticism that’s been around for a long time [so] that’s not what’s new. I think what’s new is that we are also being attacked on the left [over] cost and access… I would argue one of the reasons it’s really challenging is there are kernels of truth in both attacks.”

In response to President Tilghman’s remarks, graduate students from a host of disciplines offered up what they saw as the possibilities and practical difficulties of carving out a public voice in and beyond this stage of their careers. Laura Bustamante, a PhD student in Neuroscience, observed that “it can be seen [in the academy] as self-serving to promote your research to the public.” Dev Dabke, a PhD student in Applied and Computational Mathematics, asked what specific changes could and should be made within specific institutions to foster public engagement. Judy Du, a PhD student in Quantitative and Computational Biology, wondered if “the discrepancy between science and the public is inevitable.” A key theme across graduate student experiences was a lack of tangible support for non-academic initiatives during a PhD and for non-academic careers afterwards, though several students reported exceptions. 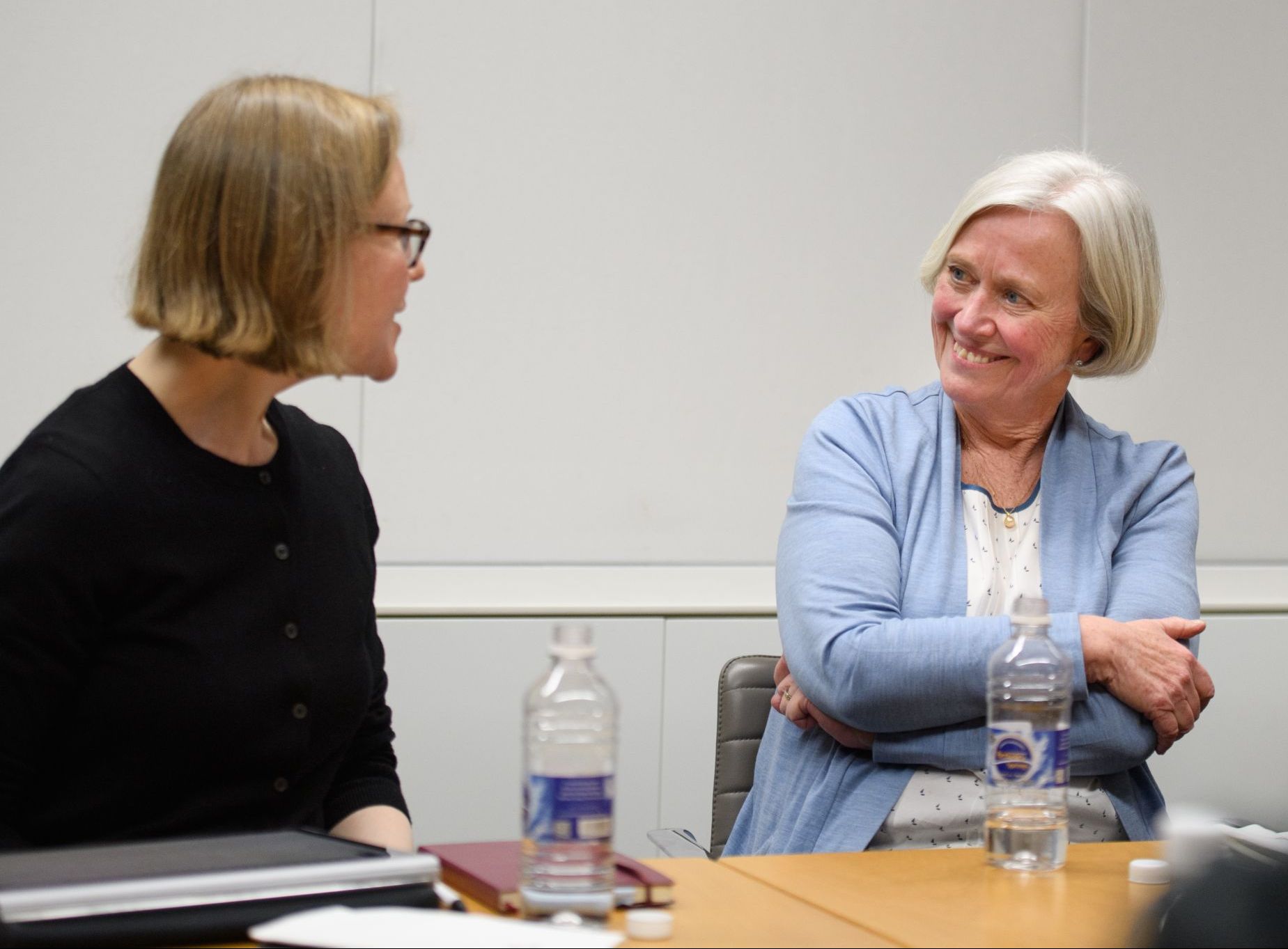 “I think you’re describing reality,” confirmed President Tilghman. “There is a power differential [in departments] and it’s real,” she told students, so “look for allies” elsewhere on-campus, including the Graduate School. She asked the audience to identify a list of imitable public intellectuals at and beyond Princeton and encouraged Graduate School administrators in attendance, including Associate Dean Eva Kubu, to be as transparent as possible vis-à-vis the percentage of Princeton graduate students who end up in conventional academic posts. “Graduate training,” President Tilghman contended, “is based on a set of assumptions about career outcomes that is no longer true,” adding that “we can’t be training for the minority of graduate students [who enter academia] because everybody graduates, everybody gets a postdoc, and then you discover it’s [something like] 15%!” The solution, she concluded, is a collective push for institutional endorsement of the view that every career is valuable — that “there are no ‘alternative’ careers.” In our follow-up conversation, Dean Kubu repeated her support for “inclusive language” on transparency, adding that “storytelling is an important part of change. Elevating these conversations gives us the power to build momentum in changing the culture.”

Fittingly, the next conversation in the “Tell Me More” series will be “Writing Transparently” with William Gleason, Hughes-Rogers Professor of English and American Studies, on February 5, 2020, from 6-7:30 pm in Julis Romo Rabinowitz 301.